A male/male (sometimes even FTM/male or m/m/m!) romance series set in the fictional world of the Shifting Isles, taking place chronologically after the Transitivity series. 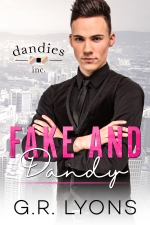 Jayden Wyatt’s grandfather plans to name him as heir to his textiles business, but Jayden wants nothing to do with it. With his trust fund to support him, Jayden would rather spend his days designing clothes and his nights partying. A business would be useless to him, but he loves Grandpa and can’t bring himself to just say no.

When Jayden happens upon Dirk Cameron, a man he knows his grandfather hates, Jayden proposes a fake relationship, hoping it’ll get Gramps to back down. Though there’s an instant attraction, Jayden and Dirk know they’re not perfect for each other, but they think they can fake it long enough to both get what they want.

Until their fake arrangement starts to become a little too real.

Available for free download on BookFunnel or Prolific Works. 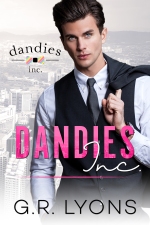 Spencer Daniels has been in love with his boss, Dirk, for almost six years. But his feelings are unrequited, and his last workplace romance ended badly, pushing his inner daddy into hiding. Besides, Dirk is dating Jayden now. There’s no point in even hoping.

Until yet another argument between Dirk and Jayden makes Spencer snap, bringing out his repressed daddy to get those boys calmed down.

Which makes Dirk and Jayden realize that Spencer is exactly what their relationship has been missing.

Spencer already has his hands full with his job and providing for a paralyzed brother. He doesn’t have time for a relationship. He hardly sleeps as it is.

But temptation wins out, leaving Spencer in over his head and rushing toward disaster.

-Find it on Goodreads
-Buy it on Amazon.com

Rey Daniels has taken everyone for granted since the accident left him paralyzed eight years ago. But when his brother, Spencer, passes out from exhaustion, Rey realizes it’s time for him to man up and finally learn to do things on his own.

Finn Willers had to start playing parent at just eight years old, so he never really got to be a kid. More than anything, he wants a daddy of his own to love and care for him. When he gets Rey as a new patient, Finn knows he’s found the man of his dreams, but flirting with Rey could cost him his job.

Rey doesn’t want anything serious since he always manages to hurt the people he loves, but Finn might be exactly what he needs to turn his life around.

Available for free download on BookFunnel or Prolific Works. 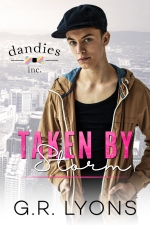 Storm Danagger, aspiring fashion designer, only wants two things: to start his transition from female to male and to find a daddy. But who could possibly want a pup with the wrong body?

Photographer Ethan Atwood gave up dating after his last pup cruelly rejected both him and his work, but when he meets little Storm, he can’t resist trying to pursue the sweet boy, not even when he discovers that Storm is trans.

With Ethan’s help, Storm starts to transition, but when Ethan’s ex suddenly reappears in all his supermodel glory, Storm is certain he’ll never compare.

But Ethan is completely taken, and when he helps Storm find the courage to embrace his true self, Ethan just might find the strength to do the same.

-Find it on Goodreads
-Buy it on Amazon.com