Trilogy of m/m taboo novels set in the world of the Shifting Isles, and a spin-off of the Treble and the Lost Boys trilogy. The trilogy was originally titled The Boy Collector, but changed as a precaution to help prevent the books being banned. Please note that one of the MCs is a female-to-male transsexual, and all characters are consenting individuals, though the stories include taboo elements that may be objectionable to some readers. 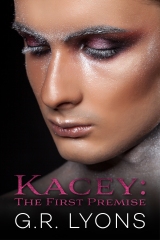 Hunter Fitz keeps running from his past, but the dark claws of memory follow him everywhere he goes. Taking another new job in another new city, Hunter hopes that maybe, just once, he can finally settle down.
Then he meets Kacey Reynolds, a free-spirited student who is as beautiful as he is exasperating, to say nothing of the unbearable arousal Hunter feels whenever the boy is around.
Hunter knows he can’t give in to temptation. He’s managed to stay celibate for two decades, and breaking that streak would make him just as bad as them.
But Kacey might prove more than he can resist.

-Release date: 9 February 2019
-Find it on Goodreads
-Check out the Pinterest board
-Buy it on Amazon (Paperback or Kindle) 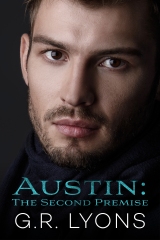 Hunter Fitz has settled into his life in Riverside, spending time with Kacey and gearing up for his second semester of teaching at Boulder University. Everything seems to be going just fine–Hunter both embracing the darkness and keeping it at bay–until his past slams back into his life in the form of someone he’d thought he’d lost forever.
It’s difficult enough to discover that Austin is alive after spending two decades thinking he was dead. But when Hunter learns that Austin is Kacey’s father, the darkness threatens to consume him, and he might lose Austin all over again.
Until Hunter learns Austin’s secret, and Hunter decides he’s going to have everything he wants, no matter what it takes.

-Release date: 15 March 2019
-Find it on Goodreads
-Check out the Pinterest board
-Buy it on Amazon (Paperback or Kindle)

Hunter Fitz has everything he wants: a great job, an outlet for the darkness, and the love of both Austin and Kacey. Everything is perfect.
Until his worst nightmare becomes reality, shattering his world. So he reacts the only way he knows how…
He runs.
But when tragedy strikes, Hunter realizes the truth: He is just like the monsters of his childhood.
And it’s finally time to face what happened to him all those years ago.

-Release date: 19 April 2019
-Find it on Goodreads
-Check out the Pinterest board
-Buy it on Amazon (Paperback or Kindle)

All Simon Davies wants is to put the events of last spring behind him. Not an easy thing when he’s living with the triad, and there’s even talk of Noah moving in.
Then he meets Brody Ashman, and finds himself obeying the man without question. But after what happened with Professor Fitz, Simon is done being told what to do. Yet he can’t seem to resist Brody’s voice.
Brody is taking control of his life, having left his deviant ex and started his gender transition. Ordering Simon is a heady experience, and makes him wonder if he’s finally found the perfect, innocent, vanilla partner.
Until he finds out about what happened between Simon and Noah, right when Simon is finally ready to give in. 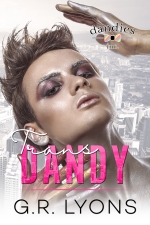 Kacey is nearing his third college degree and has no idea what to do after that. No other subjects strike his fancy, and he can’t even fathom any kind of career.
Until he gets an unexpected email from someone named Jayden Wyatt, inviting him to do a test photo shoot in preparation for the launch of a new trans-based fashion label.
But pursuing a runway could mean giving up everything he holds dear.

-Originally released as a newsletter exclusive; re-released on Amazon 5 August 2020
-Find it on Goodreads
-Buy it on Amazon (Paperback or Kindle)